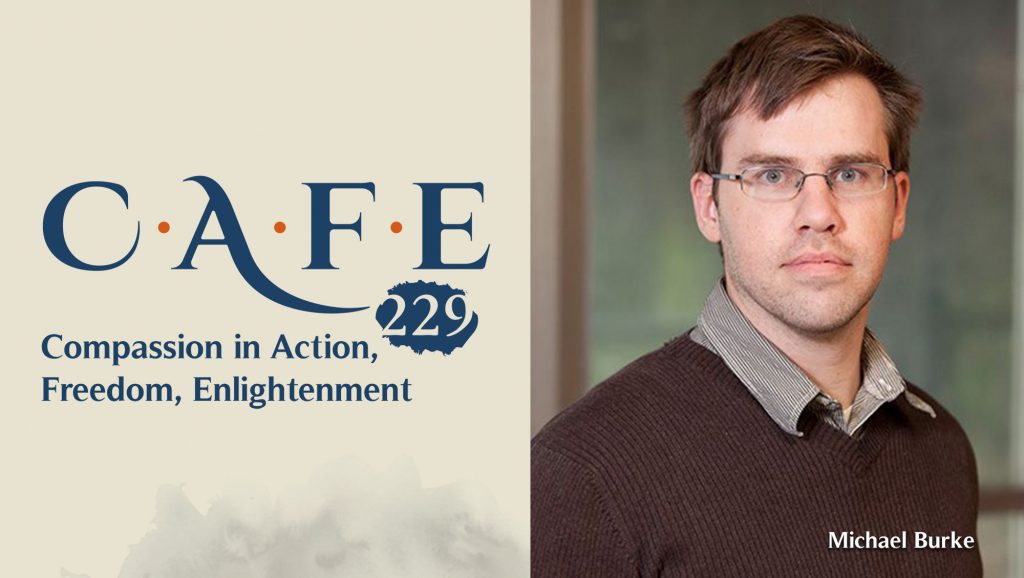 It’s a brand new year and a brand new season of C.A.F.E. 229! In season four, we are exploring topics related to ethics and virtues. Our first guest of the year is Michael J. Burke, Ph.D, associate professor of philosophy at St. Joseph’s College in New York, NY. He’ll join series host  Joanne Chang to chat about the ‘trolley problem’ and similar thought experiments designed to explore, confirm, and challenge our moral intuitions.

The trolley problem is a hypothetical dilemma: if a runaway trolley were about to barrel into five people, killing them, would you, if given the choice to pull a switch, redirect the trolley to kill just one person instead? We’ll dive head into such scenarios and how they offer relevant wisdom to us in the pandemic era. Don’t miss it!

Michael J. Burke, Ph.D teaches in the Department of Philosophy at St. Joseph’s College (SJCNY) at the Brooklyn campus. He is also the Honors Program Director at SJCNY’s Brooklyn campus and teaches Honors seminars and various courses for it.

Specializing in continental philosophy (in particular Levinas and Heidegger), Dr. Burke has presented papers on Levinas, Heidegger, and horror at various conferences and has published articles in magazines such as Film-Philosophy, Philosophy Now, and Dialogue.

Dr. Burke is currently researching topics in philosophy of horror as well as connections between Heidegger’s thought and Zen Buddhism.